Summer of the Long Knives 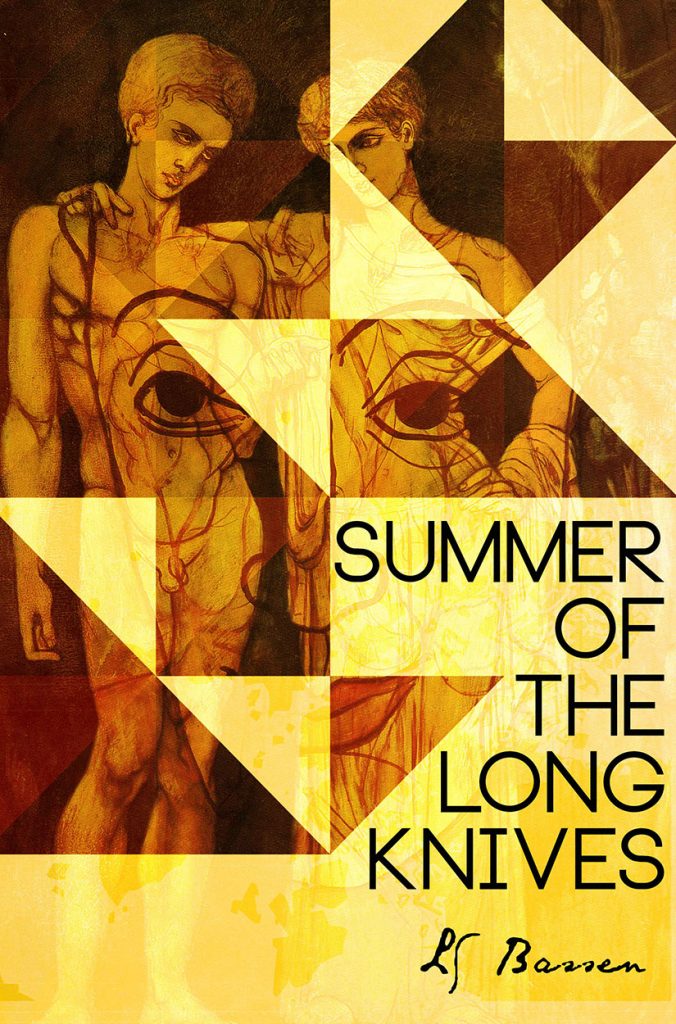 After an attack by a band of roving Nazi Brownshirts, Lisel Ganz, an artist’s model in Berlin, suffers brain damage that gives her psychic powers. Taking refuge in the home of artist Albert Entrater, Lisel meets Konrad, a Catholic priest secretly involved in a plot to assassinate Hitler. Lisel preempts the plan when she is escorted by her SS officer fiancé to the Chancellery garden where she shoots Hitler at point blank range. Albert Entrater escapes to NYC where he learns about the altered political reality in Germany, and in a feverish City odyssey, sees both Konrad and Lisel again. Safe in his brother’s NY home, Albert is an unconscious survivor — as are all who read the story. A coda reveals that 3 decades later, in 1964, Albert Entrater and Dr. Anne Frank Koestler, another more famous survivor, are mutual admirers of each other’s creative work.

The Summer of the Long Knives packs so much into a short space. The background of 1930s Berlin creates depth, the characters’ colour, the plot style, and excitement. L.B. handles all of her elements very nicely indeed.

The Dream of Scipio, The Portrait, and Stone’s Fall

I was so caught up in The Summer of the Long Knives that I read it like a thriller, while being imaginatively influenced by it like a dream. I was delighted by the sureness of tone and familiarity with the facts, by the subtlety of the characterization – and especially by Lisel’s character development – and by the pattern of poetic images that accumulated just in the tail of one’s eye, so to speak. Also, the marvellous historical imagination. It was more serious, in the best sense, than almost every other contemporary novel I’ve read. I’ve almost given up reading contemporary novels for that reason – they have no moral depth, no interest beside the confirmation of whatever nasty little compromises one had made in one’s own life. But The Summer of the Long Knives, without any preaching, and in the lightest, more ironical way, really hits the great and terrible issues of our time. The novel is also an extraordinary experiment in what George Steiner has called alternity: for Bassen, time has a complex geometry in which alternative branches of it can morally influence each other. So the novel also has a philosophical depth that makes it unusual.

– Frederick Turner, Founders Professor of Arts and Humanities at the University of Texas at Dallas

The Summer of the Long Knives is an utterly gripping and original novel of alternate history. I could not put it down.

– Stephanie Cowell, author of Claude & Camille: a novel of Monet.

LS Bassen was a 2011 Flannery O’Connor Award finalist and is a fiction editor for Prick of the Spindle. Her play The End of Shakespeare & Co. was the winner of the 2009 Atlantic Pacific Press Drama Prize. She has been published in many print and online publications, including Kenyon Review and American Scholar. A produced and published playwright, and a commissioned co-author of a WWII memoir, LS Bassen is a native New Yorker and Vassar grad married for four decades and now living in Rhode Island. website: http://lsbassen.com