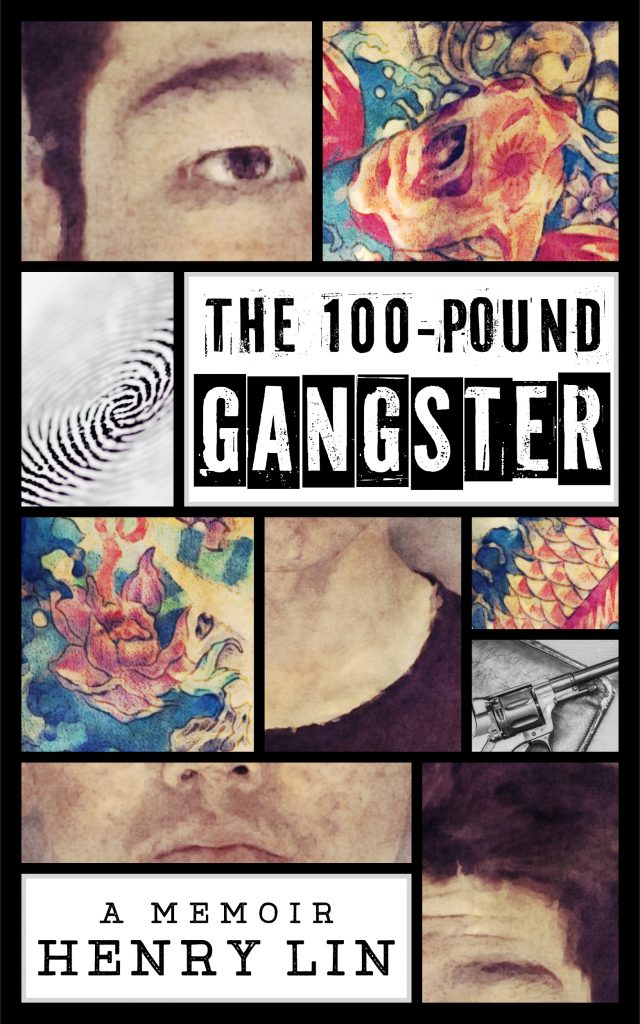 Henry Lin spent most of his precocious youth involved with the international criminal underworld. By the age of fourteen, he was involved with a notorious San Francisco triad with links to Hong Kong and mainland China, and by the age of eighteen, he had seen, and done, more than most will in a lifetime. Unsure of himself and his place in the world, he fought to survive and earn respect from his peers. But when he learned that his grandfather was a high-ranking member of the Chinese Secret Service, and was one of the most powerful and well-connected men in China until his death a few years before, Henry discovered that he was descended from a kind of underworld aristocracy.

After being sent to a series of reform schools in an attempt to rehabilitate him, Henry was eventually incarcerated as a juvenile, and sentenced to eight years in one of the toughest prisons in the United States. It was there that he realized his internal compass had been pointing him in the wrong direction, and through a writing workshop called The Beat Within, he learned to channel his misplaced energies into writing, battling his demons as he set out on the road to redemption…

But not before pulling off one last heist, an audacious, real-life Ocean’s Eleven with millions of dollars at stake and the price of failure a long jail term… or a bullet in the head.

“The 100-Pound Gangster is a bracing thrill ride through the broken-boned, blood-spattered world of San Francisco’s Chinatown triads. Henry Lin punched and hustled his way through the thick of it and comes clean about his time spent in the trenches. The writing glistens with vitality as he lays out an unflinching account of a young life steeped in crime. Whether describing his dysfunctional family life, putting the beat down on some rivals, languishing behind bars, or pulling off a casino caper that is the stuff of Hollywood movies, Lin shines a ruthless, unsentimental spotlight onto his tumultuous past. The result is an attempt at redemption, and more importantly, the realization of what it is to be a man.” — Chris Tharp, author of The Worst Motorcycle in Laos: Rough Travels in Asia and Dispatches from the Peninsula: Six Years in South Korea

Henry Lin is a pen name. The author lives in Northern California. 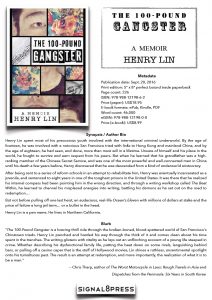