The Last Gods of Indochine 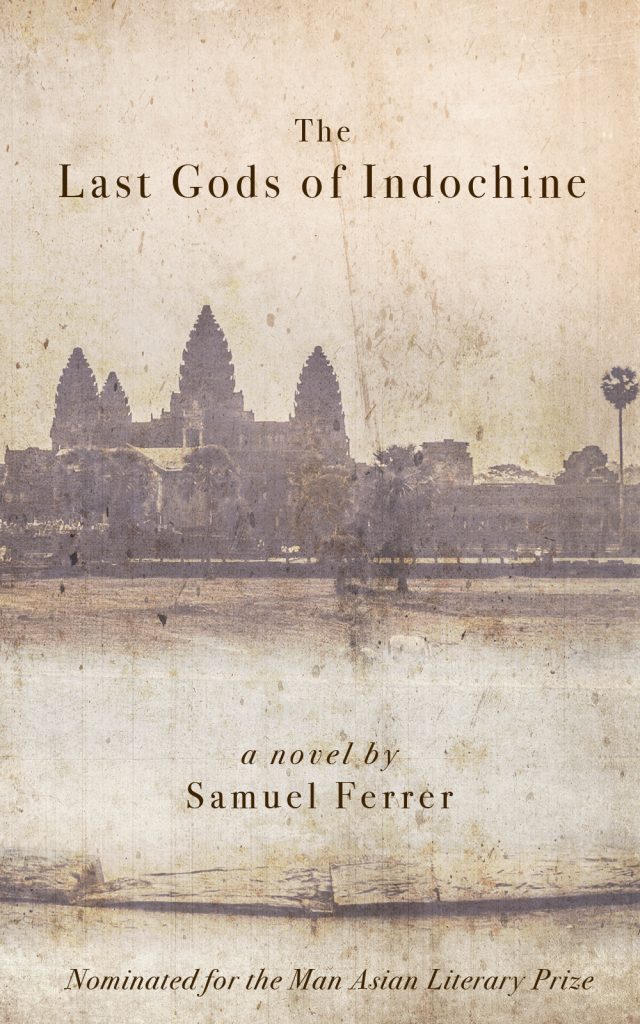 Jacquie Mouhot and Paaku the Lotus-Born are divided by six centuries but linked by a common curse. In medieval Cambodia, Paaku is an orphan whose community believes he may be a reluctant incarnation of a god, causing sectarian turmoil for the kingdom’s leaders. Meanwhile, in 1921, Jacquie follows the footsteps of her grandfather, a famous explorer, to Indochina, where she becomes immersed in the tragedy of Paaku’s history: a story simultaneously unfolding in the intertwined present and past, a story in which she still has a vital role to play.

“Ferrer’s debut masterpiece evokes the magic and mystery of a long gone civilisation. This is beautiful fiction that leaves the scent of incense and sandalwood long after you have finished reading it.”
— Dania Shawwa, Editor-in-Chief, Haven Books

“… rationality and superstition get locked into the kind of epic conflict that is the stuff of all great narratives … an elaborate and self-assured interweaving of historical fact and keenly imagined fiction.”
—  Time Out Hong Kong

“A sublime tale told by a master storyteller, steeped in the lore of old. Ferrer’s conjuring of romantic Indochine is a journey that lures, stirring up ghosts in a wild phantasmagoria, reckoning with forces both entwined and eternal.”
— Angela Kan, Travel Host & Writer, Discovery Channel

“Rich in style, exotic in setting and fresh in plot, The Last Gods is a beautifully told return to the colonial novel.”
— Lijia Zhang, author of Socialism is Great!

“American-born Samuel Ferrer achieves the unlikely in this impressive debut novel, writing believably from the perspective of two narrators separated by six centuries with a rich Southeast Asian landscape as the backdrop to this ambitious story. The first novel written by a non-Asian to be nominated for the Man Asian Literary Prize, The Last Gods of Indochine demonstrates Ferrer’s fascination with history and culture from cover to cover while delivering a gripping narrative.”

Samuel Ferrer is a double bassist and member of the Hong Kong Philharmonic Orchestra, as well as the songwriter and bassist for the acid jazz group Shaolin Fez. He holds degrees from Yale and the University of Southern California, and as a Rotary Ambassadorial Scholar, spent a year in between degrees studying in Paris. He is the only non-Asian to be nominated for Asia’s most prestigious literary award, The Man Asian Literary Prize (“The Booker of Asia”). This is his first novel. 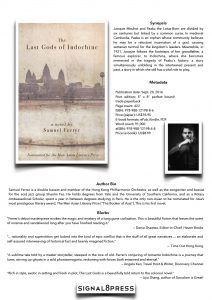