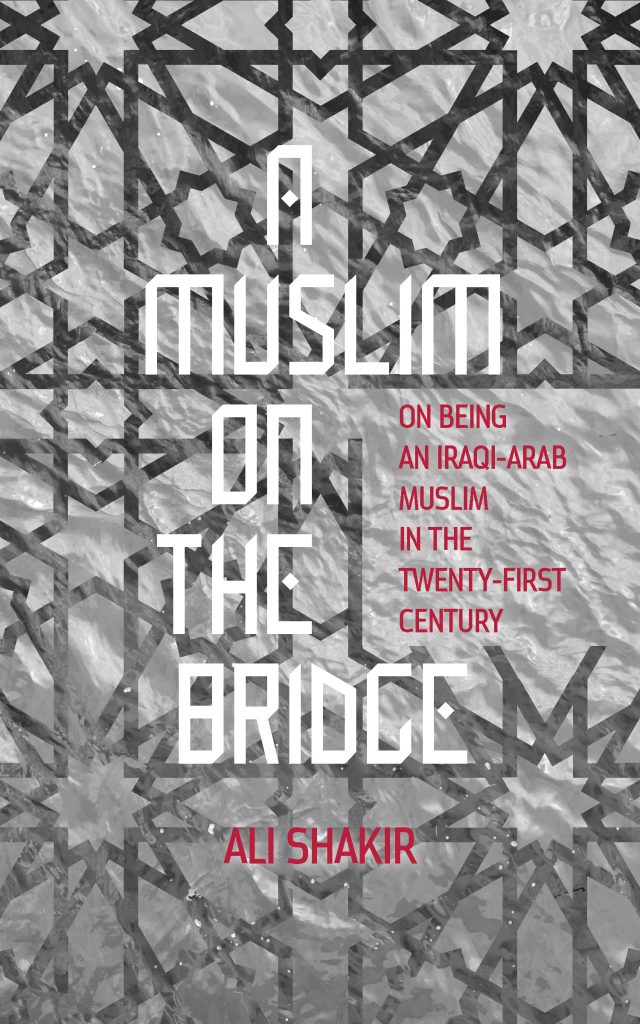 A memoir and meditation on faith, A Muslim on the Bridge: On Being an Iraqi-Arab Muslim in the Twenty-first Century tells a story of transformation and reflection as the author thoughtfully but pointedly deconstructs the widespread misconceptions about Islam, arguably the world’s most-misunderstood major religion. The son of a Shia father and a Sunni mother, Ali was born in Baghdad in 1969. At this time in Iraq’s history, the country had a Muslim heritage but was a secular, diverse society. Neither of Ali’s parents prayed, fasted, or visited the mosque. He and his friends grew up listening to Western pop music and watching Western films. They studied at a school established by American Jesuit priests in the early twentieth century… and Saddam Hussein’s sons Uday and Qusay were among the students in that school at the time of Ali’s enrollment. The years that followed saw drastic changes in Iraq as Saddam strong-armed the country into a strict, fundamentalist application of Islam, an interpretation Ali rejects. A Muslim on the Bridge is an essential read for our times, a book that takes a close, informed, and rational look at problematic issues in Islam like polygamy, violence, divorce, homosexuality, veiled women, interfaith marriages, apostasy, and the perception of other cultures and religions.

With almost a quarter of the world’s population embracing Islam, Ali Shakir’s work provides a timely insight into the dilemmas facing contemporary Muslims caught between the desire for modernity and respect for tradition. Having set out to determine whether other religions might be “better, worse, or just like Islam”, his journey is also an articulate exploration of the rivalry between monotheistic faiths that has always existed and, along with politics, kept the flames of hatred in the Middle East burning for so long. He particularly examines the Koran whose teachings are wide open to interpretation, being written in a language that is different from the ordinary Arabic of today, and focuses on the “most quoted verse on Muslim bigotry word wide” which states that they should avoid dealings and friendships with non-believers in every possible way. The Prophet Mohammed acknowledged both Judaism and Christianity on several occasions, he says; the commandment said nothing about friendships, being merely an instruction not to take non-believers as protectors or leaders. It is hard to disagree with his conclusion that between Muslims, Jews and Christians it is extremely difficult to determine who are the promised descendants of Abraham. This book is a well-written collection of sensitive musings weaving personal experiences in a diary/narrative form. He touches on subjects as great as the meaning of Arabic culture in general, the Arab Spring, and what that has brought to those who sought a more secular way of life. Tackling the question of men’s rights over women, illicit love, feminism, polygamy, homosexuality, as well as the wearing of the abaya, he also finds room for the dying art of coffee-making. All told, it is a very good read.

– Mira and Tony Roca, authors of Memories of Eden

A Muslim on the Bridge doesn’t only reflect the voices of moderate middle-class Arab Muslims, it also echoes the voices of many Arab Christians as well as the other minorities in the region. The book’s touching stories dynamically weave threads for an honest account hardly found in the mainstream media.

A fascinating, poignant look at a life straddling two different worlds, Iraq and the modern, Western world. Ali’s story also tells us what life in Iraq was like long before the U.S. invasion, from his childhood education, his time in the military, and how he watched the divide among secular and religious Muslims growing in intensity. A decade of news-watching could never provide the insight in the pages of this book.

Ali Shakir has written a very personal book. He shares with his readers puzzling encounters with religion in the contemporary historical context. A Muslim on the Bridge is a fascinating mosaic of lived Islam that goes beyond the stereotypical representations of the Muslim religion. This “testimony” of a Muslim in the “grey zone” is a must-read for all those who strive for a more nuanced understanding of Islam in the modern world.

Author bio
Architect and artist Ali Shakir graduated from Baghdad University in 1992. Ali held his first painting exhibition Nostalgia in 1994 after a short architectural practice, and then co-founded L’Atelier Art Gallery in 1995 where he exhibited his artwork along with the work of other young Iraqi artists. Since leaving Iraq in 2006, Ali has published articles and essays—in Arabic and English—in several newspapers and literary journals in the Arab world, England, the United States, and New Zealand, where he is living now. http://amuslimonthebridge.com/