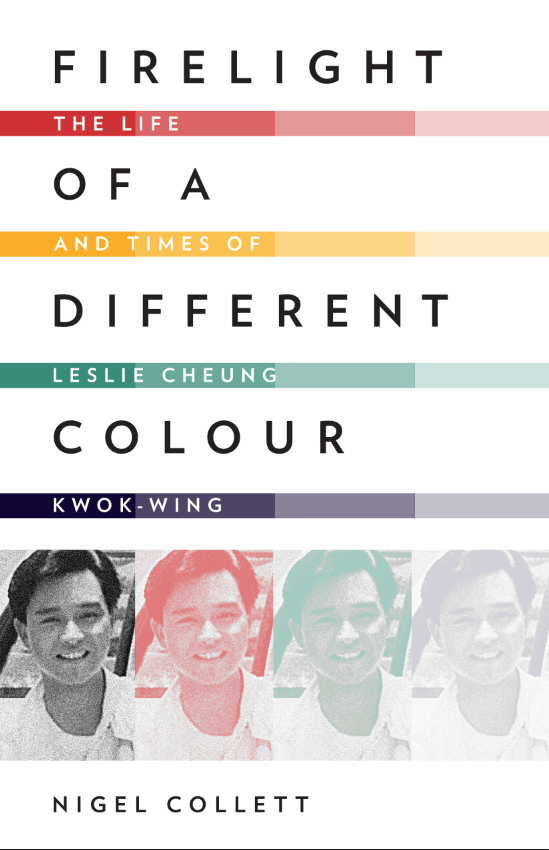 When Leslie Cheung Kwok-wing threw himself to his death from the terrace of Hong Kong’s Mandarin Oriental Hotel in 2003, he was the greatest star of his generation in the city. A performer loved for his character as much as for his magic as an entertainer, his death sent shock waves across Asia and amongst Asian populations around the world. Despite the fact that he was openly gay, he was adored, and remains adored, by multitudes in societies where his sexual orientation remains a little-discussed taboo. Firelight of a Different Colour traces Leslie’s story from birth in 1950s Hong Kong to his death during the city’s crippling SARS epidemic. Through initial struggles to gain a foothold in TV and the nascent world of Cantopop, he achieved final success as a megastar of music and the big screen and held that position for nearly two decades. At the forefront of almost all the cultural changes Hong Kong saw during his lifetime, Leslie came to embody the unique spirit of the city. No Western performer can boast so widespread an influence across so many arts. Firelight of a Different Colour commemorates a life that continues to amaze and inspire.

Exhaustively researched and beautifully written, Nigel Collett’s book is a perfectly fitting tribute to an incredible talent who was lost too soon. Essential reading for any serious student of Asian cinema or queer cinema.

Nigel Collett studied history at St Peter’s College, Oxford and biography at the University of Buckingham. After serving for twenty years in the British Army, a career that culminated in the command of 6th Queen Elizabeth’s Own Gurkha Rifles, he founded the Gurkha International Group, which finds employment for Nepalese men and women, principally as crew for cruise lines. His publications include A Grammar, Phrase Book and Vocabulary of Baluchi (1984) and An English-Nepali-English Dictionary (1994). He is the author of The Butcher of Amritsar, a life of Brigadier Dyer, the perpetrator of the Amritsar massacre, published in 2005. He is a Fellow of the Royal Asiatic Society.