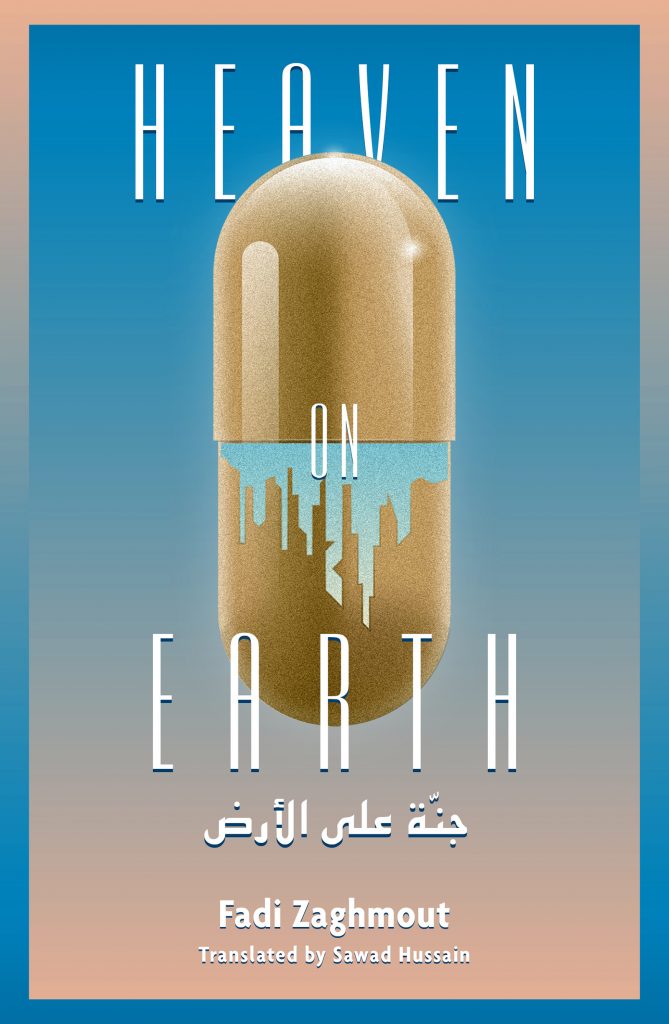 The year: sometime in the 2090s. The location: Jordan. Aging is reversible thanks to major advances in bioscience and nanotechnology. But in a world where eternal youth has become a reality, complications arise. Journalist Janna Abdallah is at the forefront of these changes: her brother Jamal contributed to many of the medical advances that have brought such profound changes to humanity over the past few decades, yet he has chosen to forego age suppression in order to experience a natural death. Because reproduction is strictly regulated, the opportunity to create new life throws the Abdallah family into turmoil. Fadi Zaghmout’s best-selling debut novel The Bride of Amman was groundbreaking for its intimate, sympathetic treatment of women’s issues, homosexuality, and marriage in the Middle East. Heaven on Earth is no less revolutionary, at once a searingly personal account of one family’s struggle to embrace the future that is now, and also a look at the way Jordanian society has had to reimagine itself at the end of the twenty-first century.

Fadi Zaghmout’s Heaven on Earth presents a fascinating vision of a future world devoid of the aging process, merging many themes, including technological, social, and legal that researchers, investors, regulators, and legislators, in today’s day and age, must grapple with in lieu of the unavoidable paradigm shift that will be arriving – a must read for anyone involved directly or tangentially in the age-reversal scientific community.

In this valuable novel, Fadi Zaghmout puts a personal face to the wotld we are all longing for (some of us more secretly than others). It is an interesting and realistic read, showing humanity as it has always been but with a new dawn of life where the infirmity of old age is a choice.

Thought experiment: what if science offered you a golden pill to live longer – much longer than you ever imagined; to turn back time; to bring back your parents, would you take it? Zaghmout takes a look at a future where this is possible and explores its existential implications in the context of family, love, betrayal, and death in an advanced world where humans are still very much as they are today.

It has been a long time since a book haunted me for months, Heaven on Earth did just that. The small details and the local yet universal context of the book got me hooked and I could hardly put it down while reading. Fadi knows enough about what he is writing about to a point where I could bet that he experienced Janna’s arm pain when stretching her arm to get her phone that fell under one of Amman’s local pubs heavy table or her attachment to Sabah’s songs. While sci fi books could feel more and more pretentious, Heaven on Earth breaks that genre’s stereotype with a dramatic sour nostalgic edge and in a time where notification sounds could be the sound you hear the most during the day the book exaggerates those notifications to predict the future of technology, broadcast religion, and even sex in the small capital city called Amman.

Fadi has skillfully interwoven a paradoxical world that is both utopic and dystopic; too advanced yet extremely relatable and cleverly reflects the dilemma of our fluid modernity. An intriguing setting, captivating characters and a provocative plot that makes you wonder whether we are moving forward to perpetuity or being casted into an eternal purgatory.

Fadi Zaghmout is a social-media specialist, blogger, and author. His first novel The Bride of Amman was published in the Arabic language in Jordan in January 2012, addressing issues of gender and sexuality in the city of Amman. His second novel, Heaven on Earth, was published in November 2014; it is a work of speculative fiction that posits a near future where science defeats ageing. Fadi holds an MA in Creative Writing and Critical Thinking from the University of Sussex in the UK. He has been an active blogger since 2006 and has a Twitter following of around 370,000. thearabobserver.wordpress.com | twitter.com/fadizaghmout

Sawad Hussain is an Arabic translator and litterateur. She holds a MA in Modern Arabic Literature from the School of Oriental and African Studies (SOAS). She regularly critiques Arabic literature in translation. She is passionate about all things related to Arab culture, history, and literature.