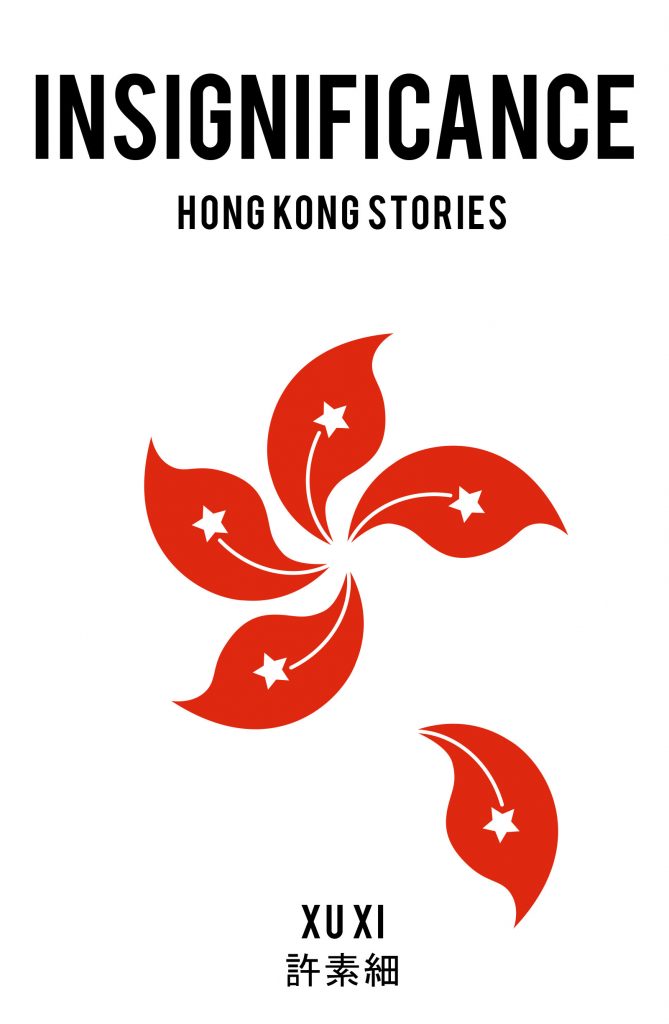 Synopsis:
Sometimes what is remembered is best forgotten. This is the feeling that permeates Insignificance. The protagonists in these stories cannot help but recall their former Hong Kong existence, one that shimmers with beauty and pain. On September 26, 2014, the occupation of three districts in Hong Kong — known as the Umbrella Revolution — began, shutting down traffic on several of the city’s major thoroughfares. It was broadly a protest against the continued encroachment upon freedoms in this Chinese city, a city that is still not yet quite “China.” The occupation lasted till December 15, 2014, and was quashed almost as quickly as it began. Subsequent protests are routinely silenced by Hong Kong’s and China’s governing elites. Will Hong Kong be reduced to an insignificance that denies its British colonial genesis and decries its Chinese Special Administrative Regional reality? Does Hong Kong’s future look like its past, or is nostalgia a dangerous indulgence? Who will shed tears for the city it could or should become? These stories are among Xu Xi’s most pointed, powerful work, as characters try to find their way forward in a familiar city they no longer recognize.

Blurbage:
“An audacious, inventive and original collection: these ‘Hong Kong’ stories are full of clever energy and lively strangeness.”
— Gail Jones, author of A Guide to Berlin, Five Bells, and Sorry

“I read Insignificance in one gulp because it was so compelling. I loved the sophisticated wit and wry humour, the female characters who do not lend to easy stereotyping, and the sheer imaginative scope and range of the stories—from buying literal new skins, to Doghouse Rhapsodies and the ambiguous line between power and prey. Xu Xi’s stories throb with fierce intelligence. They capture the history of Hong Kong and its citizens through a clear and truly original lens.”
— Alice Pung, author of Lucy and Linh

“Be prepared to see Hong Kong from the inside–its intimacies and its inhabitants’ secrets are the true journey of Insignificance. But what made the book impossible for me to put down was the writing that bristles with intelligence and humor.”
— Krys Lee, author of How I Became a North Korean and Drifting House

Author Xu Xi’s farewell to Hong Kong is a mixed bag of emotions and human foibles, some comic and others more serious.
— South China Morning Post

In Insignificance, Xu Xi ambitiously claimed that she was doing a little bit of what Dream of the Red Chamber was doing—to create classic images of what a Chinese novel coming into the modern world was like.
— World Literature Today

An interview with The Glass Magazine.

Xu Xi, as the essayist, writes: ‘History is fluid. Life is in the here and now. Words are just words so we might as well lose count.’ Dismay infects Insignificance, but her words, written as a farewell to Hong Kong, are hardly ‘just’ words. These stories will likely count for more than fictional snapshots of essential moments in Hong Kong’s history, whatever the official version of that will be.
— J R Ramakrishnan, Wasafiri 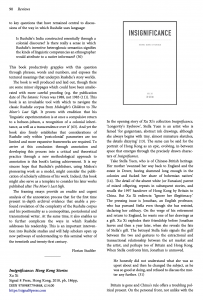 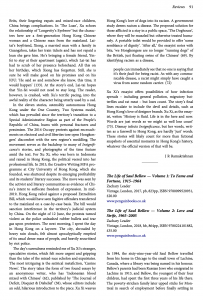 Author bio:
XU XI 許素細 is the author of thirteen books of fiction and nonfiction, and editor or co-editor of four anthologies of Hong Kong literature in English. She is the co-founder of Authors at Large, fiction editor at Tupelo Press, and co-director of the low-residency International MFA in Creative Writing and Literary Translation at Vermont College of Fine Arts.  An Indonesian-Chinese from Hong Kong, she lives between New York and Asia. (www.xuxiwriter.com) Facebook, Twitter, Instagram, LinkedIn: @xuxiwriter