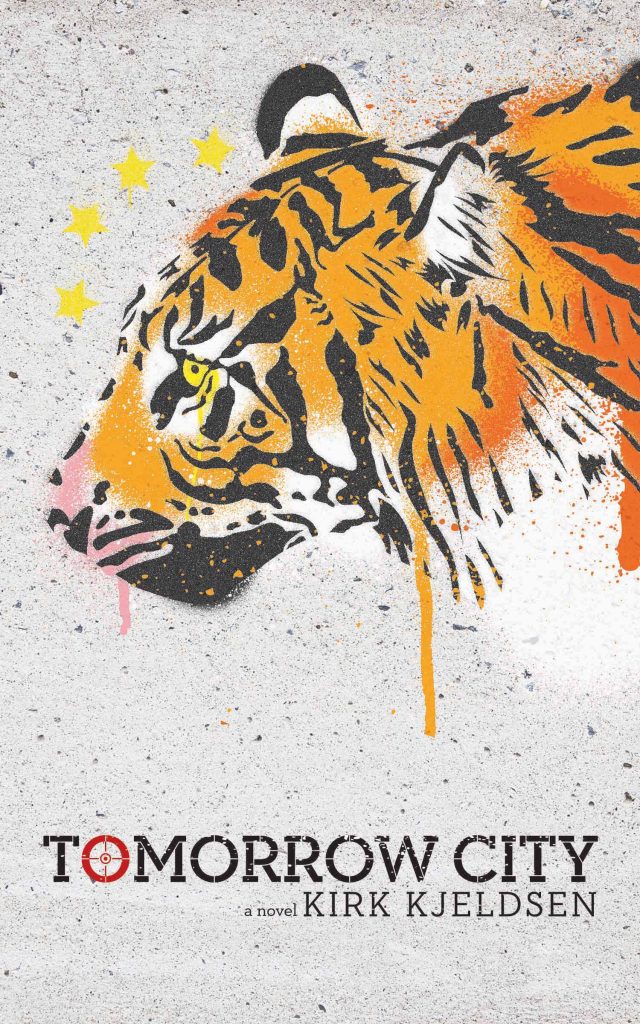 After an armored car robbery goes horribly wrong and leaves four people dead, young ex-con Brendan Lavin flees New York City and attempts to start over again in Shanghai. But twelve years later, after opening a bakery under an assumed name and starting a family with a local woman, his former colleagues show up and force Brendan to assist in another armed robbery, of a wealthy diamond merchant. If he doesn’t cooperate, they’ll expose him and kill his family. Will Brendan help them pull it off and keep his new life intact? Or will his past bring him down, destroying everything else along with it? Tomorrow City is a riveting, literary crime novel that explores the theme of reinvention in Shanghai, the city that’s reinvented itself more than any other in the world over the past generation.

A tight, tense crime novel about a stranger in a strange land trying to outrun the ghosts of his past. Kirk Kjeldsen’s Shanghai is a terrifically fresh and evocative setting, and the action jumps off the page.

Tomorrow City is a vicious little tale of men and violence and the sucking black hole of the past. A coiled and sleek throwback noir, best read in one shot. More please.

Tomorrow City unfolds with grace and power, building to a cinematic climax that reverberates long after you’ve finished reading. This is thriller writing at its finest. Kjeldsen is one to watch.

– Carlo Bernard, screenwriter of The Great Raid, Prince of Persia: The Sands of Time, and The Uninvited

Kirk Kjeldsen has written a one-sitting novel with an ex-con protagonist you’ll eagerly follow across the globe as he tries to shake his past. Tomorrow City is as exciting as it is smart as it is heartbreaking.